Pyefleet Week 2019 went out with a roar as competitors faced two final days of strong winds and spectacular fast sailing. Sadly the conditions meant that only three of the planned five races could be completed for Red Group, but for Blue Group all five were successfully run.

Despite the windy and at times cold and wet conditions afloat, the welcome ashore was as warm and friendly as ever with the traditional Pyefleet Week partying exceeded all expectations and everyone determinedly carrying on regardless.

Thursday morning saw the Red Group race in winds regularly gusting up into the high twenties. Fortunately it was wind with tide so conditions were relatively flat, but they were none the less challenging. For the afternoon Blue Group session the wind remained strong, gusty and shifty with the added excitement of a nasty chop which built with the now ebbing tide.

Friday morning was initially lighter, but as forecast the wind began to build rapidly. The Blue Group fleets started in moderate conditions, but by the time they were on their final legs it was regularly gusting well into the twenties. An early decision was made to cancel the Cadet Handicap and the Parent and Child fleets in the afternoon Red Group, but the other fleets went afloat and gathered in the start area, located just outside the creek. Sadly the wind continued to build and Race Officer Dave Gibbons made the sensible decision to abandon racing and get everyone ashore.

The fresh conditions resulted in a number of retirements and a few spectacular capsizes and spin outs. One of the most spectacular pirouettes was somewhat unexpectedly performed on Thursday afternoon by one of the most experienced and succesful sailors on the race course. Multi-class champion Malcolm Goodwin was, as usual, in the leading pack of the local 18' classic Brightlingsea One Design fleet as they took off down their first run in 20 knots and gusting under spinnaker. The pack was very closely grouped and when a particularly feisty squall hit them Malcolm's bow buried into a wave, the rudder came out of the water and they span out with pace and attitude. Capsize looked certain, but instead they hit the BOD of overall fleet leader Jeremy Newman broadside, sadly punching through the topsides planking, but lucking not making contact with any of the crew. Jeremy was forced to retire and was subsequently awarded average points and Malcolm also immediately retired in recognition of the severity of the incident. Sadly racing wasn't possible for the BODs on Friday and so Jeremy Newman, crewed by Stuart Phillips and Pete Nicholson, claimed overall victory in the class by a single point margin from Chris Matthews, crewed by Millie Newman and Ed Gibbons. Maddie Anderson crewed by Fin Anderson and Tom Ballantine, and Phil Rust crewed by Mike Rust and Tania Bines were tied on points for third place with Maddie claiming third on countback alone.

In the other local classic class, the Wivenhoe One Designs, Nigel Cook and Julie-Anne White dominated the fleet with two wins and a second to take overall victory from George Brown and David Tournay with Rob Maloney and Nick White in third. These delightful little 14' day boats, first introduced in 1935, are specifically designed for racing in the shelter of their upriver home at Wivenhoe and so the week's windy open sea racing had presented quite a challenge for them, but one that they rose to with aplomb as they kept their big sister's the Brightlingsea One Designs company.

The Merlin Rockets led the way in Handicap Class 2 in what was to be a very close battle for the podium positions. Piers Lambert and Tim Bees ultimately claimed victory by a single point from Dave Conlon and Sarah Bines with the Contender of Chris Bannister third.

Handicap Class 3 was decided with a race to spare as Pete Kyne sailed his Solo to a straight bullets scoreline. Second place went to Ben Powell in an RS Aero 7 with the RS200 of Tom Taylor-Jones and Mimi Thomas third.

Brightlingsea Sailing Club is British Youth Sailing Recognised Club and puts huge emphasis on encouraging young sailors. Whilst many of the youth sailors competed in the various open classes, younger sailors and those still learning are able to take part in the Cadet Handicap which is run in the relatively shelter of the creek and provides a supported racing experience. Although sailing wasn't possible for them in Friday's strong winds, they did sail on Thursday and all put in a terrific showing in tough conditions. Katy Jenkins from Bowmore Sailing Club sailed her Optimist with superb skill and confidence to win the class with three out of three first places. Behind her brother and sister Amelie and Louis Hiscocks from Weymouth and Portland National Sailing Academy and both also sailing Optimists, were vying for second place with Amelie just pipping Louis by a single place. Ed Eeles claimed fourth in his RS Tera Pro with the Laser 4.7 of Albie Smith fifth.

The Parent and Child Class, in which a cadet races with a parent or adult friend/relative is another fantastic initiative to get the youngsters out racing and gaining experience. Seven year old Morgan Cross crewed dad Stephen in their 2000 to a single point victory over Clive Goodwin crewed in a Mirror by daughter Zoe, while Matt Keeling and his children Charlie and Bonnie (who alternated daily) took third overall. Special mention in this class must go to nine year old Enzo Goodsell who was the only youngster in the fleet to take the helm, determinedly completing all three races in the tough conditions with mum Nicky crewing for him.

In the Blue Group, where five races were completed, there was another opportunity for youngsters to gain experience sailing with an adult in the Mirror fleet. 1995 Mirror World Champion Clive Goodwin was out on the water again, but this time with daughter Anna as crew, and claimed four firsts and discarded a third to win the series by three points from young Louis Hisocks, who this time was helming for mum Melissa Heppell, who was the Ladies Mirror World Champion crew in 1995. Third place in the Mirrors could only be decided on count back with Stephen Heppell and granddaughter Josie, whose mum Letty had helmed Melissa to victory in that '95 Ladies Mirror Worlds, taking the final step on the podium by a whisker from nine year old Willow Cross crewed by dad Stephen.

With the RS Tera Worlds taking place from Brightlingsea at the end of August competition in this fleet was fierce. Blake Tudor, who finished third in the 2017 RS Tera Worlds, gave notice that he will be a forced to be reckoned with at this year's Worlds by winning the series with a race to spare and straight wins. His younger brother Brett Tudor and Harry McTiernan were tied on points for second and third with Brett gaining the upper hand on countback.

The top three results in the Solo fleet were decided with a race to spare with Pete Kyne taking victory by three points from Dave Youngs with Paul Aldridge in third.

The Laser Radials enjoyed some spectacular sailing in the windy conditions with the winner only being decided in the final race when Alexander Clarke beat Joshua Davies on the water to put them into first and second overall with a one point delta. Brooke Hastings rounded out the Laser Radial top three.

Steve Williams won the Laser Class counting all first places and discarding a fourth. The fight for second and third was won by a single point by Tom Grady with Mark Schofield third.

Some of the most spectacular sailing of the week came from the fast boats of Class 1 who were regularly hitting 20 knots plus as they scorched their way around the courses. The final race in particular saw them hitting high speeds and they made a spectacular sight flying up Brightlingsea Creek to the finish line. Overall victory by just half a point went to the RS800 of Ben Clegg and Abi Kay with fellow 800 sailors Dave Conlon and Ed Gibbons second and the Tornado of Paul Mines and Stuart Smith third.

As wind and rain lashed the clubhouse, the sailors came together in the cosy club bar for the final prize giving to honour their champions. The prizes presented included fantastic goodies from One Sails and wonderful individually hand painted platters from local artist Olivia Goddard. Race Officer and Regatta Chairman Dave Gibbons took the opportunity to thank everyone for helping to make this Pyefleet Week a truly special edition despite the tricky weather conditions and also acknowledged the generous contributions of event sponsors Brightlingsea Boat Park & Ride, AOC, Just Trays, Little Green Storage and CRC. The formal presentations complete, it was time for one final blow out party with dancing to Silence the Sirens before Pyefleet Week 2019 was officially declared closed.

Pyefleet Week 2020 will take place from 2 to 7 August. Further information about Pyefleet Week and full 2019 results are available from www.pyefleetweek.com or by contacting Fiona Brown on fiona.brown@fionabrown.com or 07711 718470. 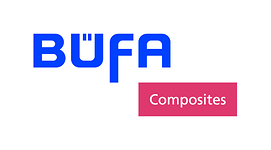 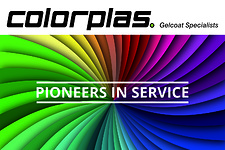 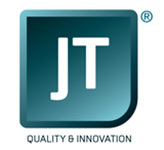 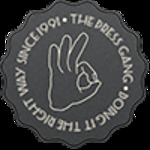